Vocational education might be one of the best-kept secrets in New York. Trade school programs can often train you for a new career in two years or less, and Investopedia reports that four of the state's top six industries rely on trade schools in New York to supply a big portion of their workforce.

Individual cities throughout the state show extra promise for graduates in certain fields. A 2019 report shows a bright future for students at trade schools in NYC for construction, indicating that construction jobs in the city increased by 40 percent between 2010 and 2018 and show no signs of slowing down. health care students in central New York are in luck, as well -- Utica and Syracuse both made the top three on a recent list of the best cities in the U.S. for jobs in the medical field.

Why is New York Good for Vocational/Career Schools?

By offering vocational training, also known as career and technical education or CTE, schools in NYC and elsewhere in the Empire State can provide job seekers with a viable alternative to the traditional, four-year bachelor's degree. Many New York trade school programs can be completed in one year or less, and comprehensive associate degree plans usually require just two years of full-time study.

It seems that New Yorkers are getting the message, as well. More than 20 public high schools in the state focus primarily on offering CTE courses, and enrollment in technical skills programs at all levels reached nearly 275,000 in 2017. Dual enrollment programs are helping career and technical high school students get a head start on their college degree requirements, and more than 150,000 learners are actively seeking New York CTE student certifications at the college level.

The Best Trade and Vocational Schools in New York

In order to compile our list of the best trade schools in New York, we analyzed U.S. Department of Education data in several categories that are important to students. The top career schools in New York offered affordable tuition, a strong record of student success and flexibility measures for students who need them. Check them out below.

Founded as a way for Korean War veterans to learn practical, hands-on skills when they returned home, this institution of roughly 11,000 students has been educating career-bound New Yorkers for more than 60 years. Today, Hudson Valley Community College is a member of the State University of New York (SUNY) community college system and offers degrees and certificates in more than 80 subjects of study.

What vocational programs HVCC offers: Advanced manufacturing technology may not be a job field that's on everyone's radar, but its Associate in Occupational Studies (A.O.S.) program at HVCC boasts a 100 percent job placement rate for graduates. It's also one of the bigger online catalogs among trade schools in New York, featuring distance education programs in subjects like exercise science and dental assisting.

Located north of Buffalo, on the isthmus that separates Lake Erie and Lake Ontario, Niagara County Community College educates roughly 5,200 students each semester. It also enjoys one of the more iconic settings among all vocational and technical schools in New York -- Niagara Falls, the county's namesake state park, is just ten miles to the southeast.

What vocational programs NCCC offers: Associate degrees are available in a diverse array of subjects, from digital media and theatre arts to computer aided drafting and biotechnology. Accelerated programs are also available for aspiring bakers and chefs. The Associate of Applied Science (A.A.S.) degrees in culinary arts and baking and pastry arts can be completed in just 16 months.

This institution in far-upstate New York is the only public college located in the vast forest preserve of Adirondack Park, so students with a love for natural beauty may want to give North Country Community College some extra consideration. It's a relatively small school by enrollment, educating around 2,000 students per term across its three campuses in Franklin and Essex counties.

What vocational programs NCCC offers: The modest catalog at the Saranac Lake institution includes A.A.S. plans in criminal justice, human services and computer graphics and design. It offers a few programs fully online, as well, such as an Associate of Science (A.S.) in business administration and a certificate in gerontology.

As the name suggests, this New York City career academy exists to serve aspiring members of the funeral service profession. It's located on the Hudson River side of Midtown Manhattan, northeast of the bottom edge of Central Park, and features specially designed facilities to help professors better communicate the lesson material and give students opportunities to practice their skills in a realistic virtual environment.

What vocational programs AAMI offers: The associate degree in funeral service available at AAMI can be earned either online or on campus. The in-person degree can be completed in just 16 months of full-time study and takes advantage of the institution's state-of-the-art campus facilities. Coursework for online students takes a minimum of 20 months and features a two-week clinical capstone section.

The Mildred Elley family of schools was founded over 100 years ago to address a shortage of office workers caused by enlistment in the armed services during World War I. Nearly 90 percent of students here are enrolled in some form of distance education, making the Albany-based institution one of the top online trade schools in New York by enrollment. Branch campuses also serve students in lower Manhattan and Pittsfield, Massachusetts.

Founded in 1916, Swedish Institute is a for-profit institution located in the Chelsea neighborhood of Manhattan. Its original program of study was one that attempted to form a holistic approach to wellness by combining medical gymnastics, diet and specific exercise techniques. It's a trade school for health care and nursing in New York City today, although its massage therapy programs help it stay connected to its roots in whole-body wellness.

What vocational programs Swedish offers: Health sciences subjects like surgical technology do indeed take center stage at the Swedish Institute, although a certificate and A.O.S. degree in personal training are available as well. The A.A.S. program in nursing requires 68 credit hours and takes roughly 20 months to complete.

Mandl School is a for-profit health care college in Midtown, located on eight floors of the building that once housed the famous Studio 54. The institution has its origins in an idea that was revolutionary in 1924: training people to serve as knowledgeable and skilled assistants in physician's offices. The typical class size here is anywhere from 15 to 30 students and the student-faculty ratio is 18:1.

What vocational programs Mandl offers: An A.O.S. degree in medical assisting is the most widely pursued course of study at Mandl. The associate degree in surgical technology is popular as well, and those looking to support medical facilities by helping the office run smoothly can pursue an A.A.S. in health care administration.

Originally established in 1985 as a technical institute focused on computer programming -- ASA stands for "advanced software analysis" -- ASA College expanded its focus in the decades after its founding to include programs in a range of career-focused disciplines. It received authorization to award associate degrees in 1999 and became accredited by the Middle States Commission on Higher Education in 2010.

This institution located south of the Finger Lakes was founded in 1858, the year that Abraham Lincoln was elected to the U.S. Senate, making it one of the oldest trade schools in not just New York but in the entire country. The school once known as Elmira Business Institute is also one of the smaller U.S. trade schools by enrollment -- just 205 students were enrolled in 2018 and the student-faculty ratio is an intimate 9:1.

Using the National Center for Education Statistics' Integrated Postsecondary Education Data System (IPEDS) and the U.S. Department of Education’s College Scorecard, we generated a list of schools that met the following criteria:

We ranked the resulting colleges on the following criteria:

Students considering certificate programs in New York may not know that there are numerous financial aid programs designed to take some of the sting out of paying for a trade school education. Depending on the school you choose to attend in New York, scholarships and grants may be available to help reduce your tuition bill without requiring any repayment after graduation.

If you're wondering how to apply for financial aid in New York, the Free Application for Federal Student Aid (FAFSA) should be the first document you learn about. The FAFSA is the primary source of eligibility information for federal grant and loan programs, and many state-based or institutional awards also use it in their application process. You can learn more about the FAFSA and student aid in general by checking out the financial aid guide on this site.

Here are a few New York education grants and scholarships for CTE students around the state:

Whether it's funding scholarships for undergraduates in New York or providing financial support for institutions as they develop new programs, state initiatives aim to help the best vocational schools in New York become even better. Here are a few examples of active initiatives in the state today:

For more great resources on technical schools in New York and nationwide, check out the Association for Career and Technical Education (ACTE) and the state-specific sections of Advance CTE.

To get more insight into the role of vocational degree programs, we sat down with Connie Costley, the President-Elect of the New York State Association for Career and Technical Education. The NYSACTE is a state branch of the Association for Career and Technical Education, an organization dedicated to promoting and advancing CTE education in the state. 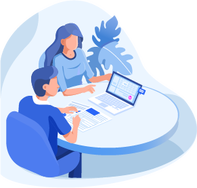 is the President-Elect of the New York State Association for Career and Technical Education. She has graduated from State University of New York College at Oneonta.

What are the benefits of career and technical education?

What should students consider when researching potential CTE programs?

As I mentioned above, passion is a great place to start, but you still have to make a living. When you are looking for a program, spend time researching the job outlook for careers in that field. Students often make a mistake by not checking out that information. They should have an understanding of what jobs are going to be available and where they are going to be. You may need to be willing to move to find employment after graduating.

Think about your passion and what you like to do. However, this is not always easy for students to define, so sometimes they need to take a variety of introductory courses to see what they like. The most important thing is to research all options before you decide. Start by looking at career information for that training program: Will you be able to get a job where you want? I also suggest students consider job shadowing. Job shadowing is a great way to see if you like the working environment for that career field.

In New York, how do employers view CTE and vocational degrees?

Are career fields in New York that require CTE training expected to grow?

Yes, absolutely! According to the state labor employment statistics, there are very few categories that were not directly CTE-related. For many of those categories, students can certainly start at a CTE high school program and continue on to a CTE program outside of high school. All approved CTE programs in NYS offer students articulation agreements with post-secondary institutions. These agreements must offer a direct benefit to the CTE students in the form of college credit or advanced standing. In New York we are expanding many of these offerings at our community colleges.